To defend the barricade, you'll need the best of the best...
no, actually, they are all busy somewhere else or already dead..
you'll end up with...

Hitlerjugend fanatics (figures from TQD miniatures 20mm)
or even worst...

being two French Volunteers from the 33. Charlemagne are getting ready for the Bitter end..

finished my first serie of street barricades, elements, and so on for a late war FIBUA..

Panther Turm, using bits of everything.

recently thought that could be a great set-up for a late war city FIBUA..
decided to create a Street barricade as figuried on several photos of Battle of Berlin,, sort of massive wooden,-steel-earth-bricks structure..

here it is.. before the assault.. 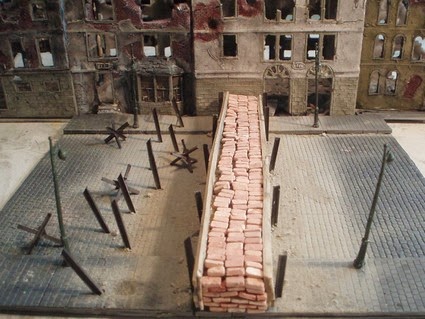 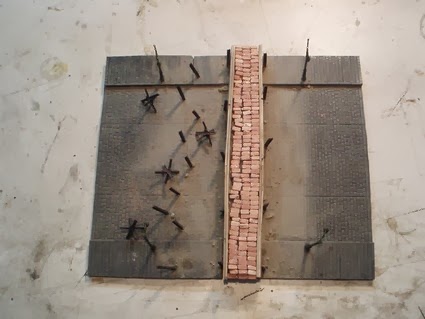 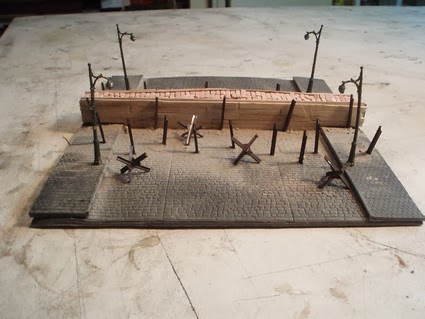 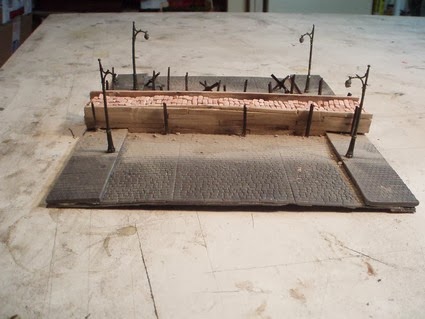 Started working on the "same - but after the passage of a Soviet battlegroup..

several other ideas, like a Panzerturm, damaged city sectors, a bridge..
to be followed
Publié par Olivier à 01:18 1 commentaire: