Shortly after the Warsaw uprising outbreak, OKH ordered the Schwehrer Batterie 638 to crush the insurgents. The Batterie will be part of the 9. Armee 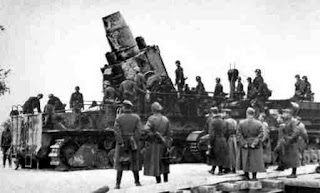 Despite being labelled Batterie, i twill only include one Mortar -600mm caliber – Karl Greät 040, also called Mörser. This one ‘s name is “Ziu”, son of Odin in the North Germany mythology . Transported by train to Pruszkow station where it is reassembled. 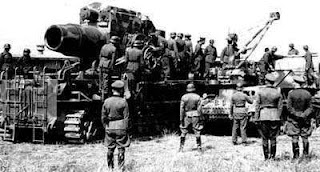 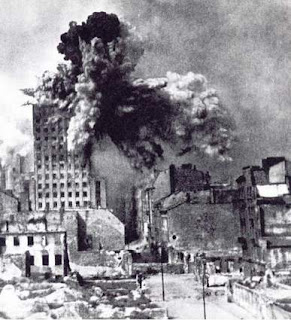 A second firing position will be prepared close to the Western station, south of Ulica Dworsa.

“Ziu” will shell the old town and the city center for 10 days. 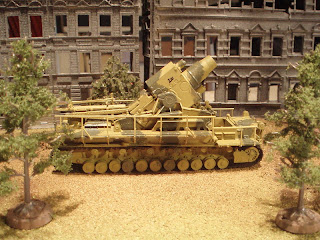 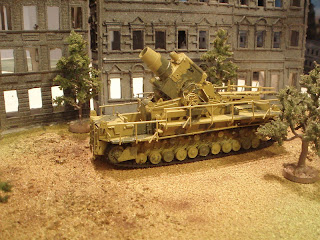 For the German High Command, several changes are planned to increase the efficiency of the Mörser. The short barrel –Kurze AZ I -is definitely adopted as more accurate than the “long one”. A new detonator is developed, exploding on impact, whatever the surface of the target is.

The OKH is so satisfied with “Ziu” that they decided to dispatch it against Paris uprising in order to crush the Resistance..

The 28 and rockets could also be fired from their packing cases (Packkiste) which had short hinged legs to adjust elevation. They could also be mounted in groups of four on wooden (schwere Wurfgerät 40 - heavy missile device) or tubular metal (schwere Wurfgerät 41 (sWG 41)) launch frames. The external dimensions of the packing cases were identical so no adapter was needed for the smaller rockets. The packing cases could also be mounted on schwere Wurfrahmen 40 (sWuR 40) frames attacked to the sides of Sd.Kfz. 251/1 half-track armored personnel carrier or various captured French tracked vehicles. The sWuR 40 was nicknamed the Stuka-zu-Fuß (Stuka on foot).

an act of desperation or a show of German inginuity?


An Italian M14/31 re-used by German Police troops after Italy had surrended in 1943. In Warsaw, the German Police used a handfull of these Vehicles. This one has been destroyed on the first day of the Uprising at Ulica (street) Piusa XI 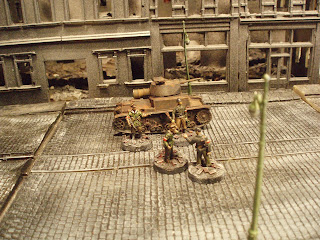 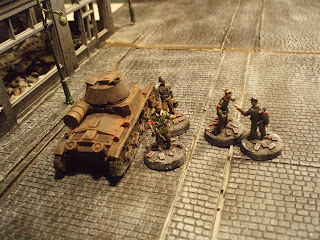